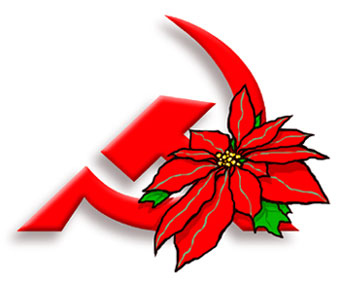 For Peace and Socialism!

THE FIRST world-wide day of action to put pressure on the international climate change negotiating summit taking place in Montreal, the most important since the Kyoto Protocols eight years ago, saw demonstrations taking place in 30 countries last week-end.
In London around 10,000 people marched from Lincoln’s Inn Fields to the US Embassy in Grosvenor Square with banners from UNISON, the NUJ Magazine Branch, Green Party, Respect and CND, and the demonstration was enlivened by the group of drummers from Globalise Resistance.
The march was organised by the Campaign for Climate Change and supported by the Green Party, People and Planet, Green peace, Friends of the Earth, and the Christian Ecology Link.
Many demonstrators carried placards calling Blair and Bush “climate criminals” and the march took a short diversion to deliver a letter calling on Prime Minister Blair, who put climate change a top priority at the Gleneagles Summit, to reaffirm his commitment to a new international agreement treaty with legally binding targets.
It also called for more to be done to cut pollution from carbon dioxide emissions in this country which have risen in this country since 1997 although the in its election pledges the government promised to cut them by 20 per cent by 2010
Friends of the Earth Nick Rau, energy campaigner said, “If the UK is serious about leadership on climate change then our Government needs to take action at home. It is not too late.”
In Montreal there was a big demonstration and five environmental groups delivered a petition signed by 600,000 Americans to the US Consulate calling on the Bush administration to take action to slow global warming.
Supporting the action was a delegation from the Inuit people from the Arctic Circle where the ice and permafrost is already melting and destroying the homes and livelihoods of whole communities.
Also joining in the worldwide protest were the people of New Orleans suffering from the devastation caused by Hurricane Katrina held a Stop the Global Warming Party. This marks a major change in the United States where the number of people telling the opinion polls that they now believe that something must be done immediately to avert the threat.
There is now a broad agreement among scientists that the greenhouse gases will have to be reduced by some 80 per cent by 2050 if there is to be any hope of preventing climate change escalating out of control.
But Stavros Dimas, the EU environmental commission admitted that little will be achieved in Montreal but they hope that they will be able “to get an agreement to start negotiations”. Margaret Beckett, Secretary of Sate for the Environment was even less helpful only hoping that, “we can move forward instead of setting some arbitrary goal that cannot possible be achieved.”
In the developing countries they are already doing all they can to cut domestic pollution and develop renewable energy and are prepared to “play their part” in efforts to prevent an environmental catastrophe.
But the largest problem is still the White House, the biggest producers of polluting gases where President Bush, despite the shock of Hurricane Katrina is still adamant and refusing to join the other countries of the world in overcoming what is fast becoming the most urgent issue of saving the planet.
Posted by london communists at 11:20 pm

AROUND 300 protesters gathered at King’s Cross tube station last Saturday in a demonstration organised by the Fire Brigades Union against plans to downgrade safety regulations on the Underground.
Eighteen years have passed since the 1987 fire at London’s King’s Cross tube station killed 31 people, when rubbish in an ill-maintained escalator caught fire. In the aftermath of that tragedy the judicial inquiry chaired by Desmond Fennel recommended strict new safety rules on underground railways which were adopted and are in force to this day.
These regulations are now under threat thanks to changes planned by the Office of the Deputy Prime Minister which are due to be introduced next year. Instead of the existing regulations they will be replaced by laxer rules allowing individual risk assessments of each station. As maintenance of the Underground is now in private hands, inspectors will be under commercial pressure to cut costs.
Local Labour MP Frank Dobson opened the proceedings by regretting the necessity for calling such a rally. Two other Labour MPs spoke: Jeremy Corbyn from the neighbouring Islington constituency urged the audience to keep up pressure on their MPs on the issue, while John McDonnell of the Labour Representation Committee denounced the rule changes as an unacceptable attack on the safety of Londoners.
Keith Norman, general secretary of the train drivers’ union Aslef, claimed that the proposed changes are an invitation to operators to cut corners in the interest of the commercial companies now responsible for maintaining the track and stations.
The general secretary of the Fire Brigades Union, Matt Wrack, recalled attending the funeral of Colin Townsend the fireman killed that night 18 years ago.
Bob Crow, general secretary of the RMT transport union, concluded the rally by attacking Government plans to run the new rules in tandem with the old for six months in order to avoid them coming into force before the local elections next May.
He promised that any threats of a reduction in safety would be met by a huge ballot in favour of industrial action.
Posted by london communists at 10:14 am

ALMOST two months after unions and management at Gate Gourmet signed an agreement, officially ending the long dispute, hundreds of workers are still picketing outside the factory gates, waiting to get their jobs back.
The dispute brought chaos to British Airways at the height of the holiday season last August when BA baggage handlers walked out spontaneously in solidarity with workers sacked by the Heathrow catering company Gate Gourmet.
The Gate Gourmet workers had been sacked after some of them walked out when the company brought in low-paid temporary staff at the same time they were negotiating redundancies.
The whole thing was a provocation to allow Gate Gourmet to sack its entire workforce and replace them with lower paid workers – without having to pay any redundancy packages.
The Transport and General Workers’ Union played a leading role in negotiating to get the baggage handlers back to work and in getting a deal with Gate Gourmet that would reinstate most of the workforce reinstated with acceptable redundancy packages for the rest in a deal agreed in early October.
Gate Gourmet refused to take back some active trade unionists. But last week Parmjit Kaur, a worker still waiting to get her job back, declared: “It’s not over. People think it is over but we are still picketing, we are still out of work, we come here, we put up a tent every day".
Kaur worked as a tray setter for Gate Gourmet for 11 years. She says: “It’s very hard. All I want to do is work but I’m not allowed to. I am not on strike; I am fighting for my rights. They have kicked us out with nothing.”
Last August she and her colleagues met in the canteen when workers were angry that the company had brought in temporary workers on lower pay.
They were told over the tannoy system – a message that many did not hear clearly – that they had to go back to work at once or face the sack.
“We were made to feel like criminals,” said Kaur. “We were told to hand over our passes and leave. We were escorted off the building.”
Meanwhile British Airways is accusing TGWU officials, including general secretary Tony Woodley, of encouraging the unofficial walkout by the baggage handlers.
The company has threatened three shop stewards with disciplinary hearings and claims it can prove their involvement beyond a doubt. Now it claims that the stewards have implicated Tony Woodley in giving private support to the walkout.
The union has warned that there could be a ballot for an official strike if the stewards are sacked.
A TGWU statement said: “We completely refute any suggestion of any involvement along the lines apparently suggested by anonymous sources.
“The TGWU dissociated itself from the unofficial action and did all it could to secure a return to work within deadlines set by BA.
BA is threatening to sue the union for compensation for the strike, which, it claims, cost it £45 million. This could push the union – one of the biggest donors to the Labour Party, towards bankruptcy.
New BA chief executive William Walsh is also trying to introduce new working practices at Heathrow and is in the middle of negotiations with the union over a £1 billion shortfall in the company’s pension scheme.
Last October’s Labour Party conference passed a motion calling for the abolition of the Tory anti-trade union laws that outlaw solidarity action, like that taken by the baggage handlers.
Posted by london communists at 10:09 am