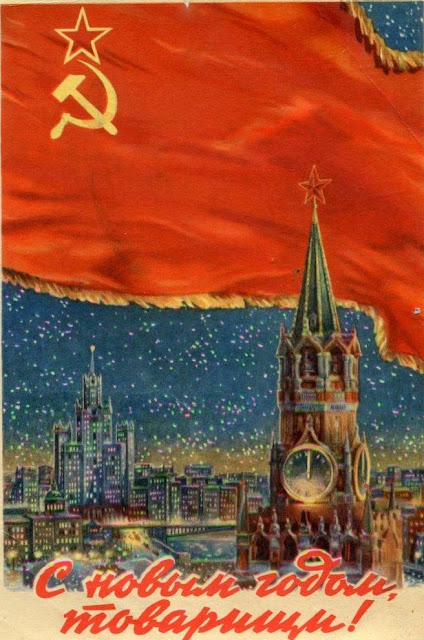 Posted by london communists at 4:42 pm No comments: 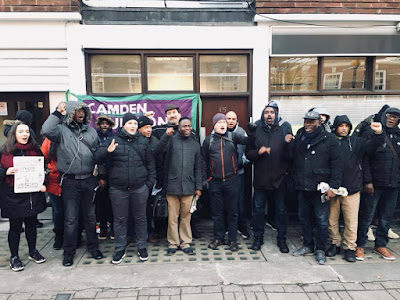 Striking traffic wardens marched to Camden Town tube station over the weekend as part of a fortnight of industrial action for higher pay in the north London borough. The traffic wardens work for NSL, the company that runs Camden’s parking enforcement services. NSL pays its company directors over £250 per hour but is refusing to pay the traffic wardens the £11.15 per hour that their union, Unison, has been fighting for over the last few months. The wardens are currently on £10 per hour, which is 20p less than the ‘London Living Wage’.
Over 100 Unison parking wardens went on strike for two weeks in the run-up to Christmas following the rejection of an NSL deal that the union said was worse than their first offer. Camden Unison branch secretary Liz Wheatley said: “There will be a significant loss of revenue for Camden Council and NSL. It’s a busy time of year for parking wardens, with all the dashing around and Christmas shopping. The parking service last year made £26 million profit for Camden, and NSL made £2m profit. That’s all parking services.
“The top company director had a pay rise of over half-a-million pounds in the last two years. This is double what it would cost to increase the pay of every traffic warden to £11.15 an hour. They clearly have the money but aren’t prepared to end low pay.”
NSL was bought by Marston Holdings in January 2017. Marston works for courts and local authorities across the country collecting parking fines, council tax and rent arrears, and congestion charge contraventions.
The company claimed that: “NSL has made an improved pay offer which will ensure all of our employees are paid in excess of the London Living Wage for the next three years. We are disappointed by Unison’s decision to continue with industrial action, however we will take steps to ensure that a parking enforcement service is provided to the London Borough of Camden during this period.”
Posted by london communists at 11:14 am No comments:

Korean friendship activists met to hear speakers, that included the Democratic Korean (DPRK) ambassador, talk about the outstanding achievements of Korean leader Kim Jong Il at a meeting in central London last weekend Called by the Korean Friendship Association, the meeting was opened by Dermot Hudson who said that we are not here to mourn the life of the Kim Jong Il, who died at his post in December  2011, but to celebrate it as part of the struggle for socialism.

DPRK London ambassador Choe Il spoke movingly about the immortal achievements that Kim performed for the defence and advance of the socialist cause . He said that Comrade Kim Jong Un had defended socialism in the most trying conditions against the winds of history through exemplary ideological and theorectical work . The ideas of Kim Jong Il constituted a militant banner of independence and socialism .
Posted by london communists at 5:15 pm No comments:

Unions are demanding that the government live up to its responsibilities to workers at Interserve, whose share price collapsed last week following the revelation that it was carrying £500 million debt and was planning to issue new shares that would be its second rescue this year. This came in the wake of it winning a £25-million contract to redevelop the Prince Charles Hospital in Merthyr.
Interserve has contracts for cleaning, security, meals, waste management and maintenance worth £35-million at King George Hospital in east London. Other contracts include improving the M5 Junction-6 near Worcester, refurbishing the Rotherham Interchange bus station, and upgrading sewers and water pipes for Northumbrian Water. It is also the largest provider of probation services in England and Wales, supervising about 40,000 “medium–low risk offenders” for the Ministry of Justice.
Interserve blames its troubles on cancellations and delays on construction contracts as well as struggling waste-to-energy projects in Derby and Glasgow, but denies being in serious trouble.
Unite the union has demanded that ministers explain their contingency plans, saying that 1,200 of their members were at risk if their restructuring failed. It denounced the government’s “unhealthy obsession” with the outsourcing of public services, which was “a road to nowhere with the taxpayer picking up the tab”.
Unite assistant general secretary Gail Cartmail said: “The financial difficulties that Interserve finds itself in is another dire warning of the dangers of outsourcing public services for private profit. We could be facing Carillion Mark Two. The mistakes made before the collapse of Carillon in January 2018 appear in danger of being repeated – if so, this could see the hard pressed taxpayer picking up the tab – yet again.”
The union supports a temporary ban on Interserve bidding for public sector contracts whilst it attempts to resolve its financial problems.
“The moral is that public services should be provided by the public sector, as the record of these outsourcing behemoths has been woeful – it has been proven to be the road to nowhere.
“Unite has called for a public inquiry into the Carillion debacle and today we would ask that such an inquiry should embrace the events leading up to the present situation at Interserve.
“Another classic example of the government’s unhealthy obsession with outsourcing is the fate of the Ministry of Defence (MoD) firefighters, vital to the UK’s national security.
“In the summer, the MoD firefighters’ contact was awarded to Capita, despite its own financial problems, but then this was challenged by rival outsourcer Serco – and this has yet to be resolved.”
Ben Middleton, national secretary of high-caste civil service union Prospect, announced the setting up of a union helpline and bleated that: “Whilst members have been aware for some time of the financial difficulties facing the company, they will understandably be concerned by these latest developments. Anxiety over job security is the last thing anyone wants to think about in the run up to Christmas. Prospect will be seeking assurances that members’ jobs will be secured and pressing Government to ensure this doesn’t become another Carillion situation.”
The RMT transport union General Secretary Mick Cash took a more robust line, saying that his union is “calling for immediate action to begin transferring the Interserve transport sector contracts in-house to avoid a repeat of the Carillion chaos”, before making the more general point that: “‎Once again we see the reality of bandit capitalism and its toxic impact on our public services. The time has come to end this obsession with the private sector speculators and return to the principles of public services run and owned by the public, free from this corrosive nonsense.”
Posted by london communists at 5:05 pm No comments: