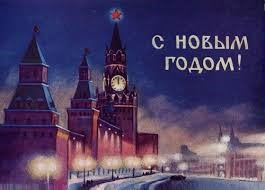 Posted by london communists at 5:46 pm No comments:

Chinese youth footballers were greeted at the Chinese embassy in London last month as they start their introduction to the ‘beautiful game’ in Britain.
Minister Ma Hui met the youth football delegation led by Tang Jiuhong, Deputy Secretary-General of China Soong Ching Ling Foundation (SCLF), on 29th November. The delegation is sponsored by SCLF and Jaguar Land Rover China Youth Dream Fund.
Minister Ma told the young footballers that the first Chinese Embassy in the UK was built in 1877 and that Britain was the first major Western country to recognise New China.
This year marks the 65th anniversary of diplomatic relations at the chargé d'affaires levels. Over the last 65 years, the development of China–UK relations was generally smooth. In 2015, President Xi Jinping paid a state visit to the UK, ushering in the ‘Golden Era’ of China–UK relations. When President Xi visited Manchester City Football Club, he expressed the hope that China and Britain would strengthen sports exchanges and co-operation including football, and promote friendly exchanges between the two countries.
Britain is the birthplace of modern football and a football powerhouse, with many outstanding football clubs and superstars. There is a huge potential for football exchanges and co-operation between Britain and China. The visit and training of the youth football delegation in the UK will help to promote sports exchanges between the two countries, and to enhance mutual understanding and friendship. Ma Hui hoped that all the young players would make full use of their visit in the UK, training earnestly and communicating actively to improve their football skills and broaden their visions, so as to contribute to China–UK friendship and the strengthening of football in China.
Deputy Secretary-General Tang thanked the Chinese Embassy for its strong support for the Soong Ching Ling Foundation and youth football, saying that the delegation not only felt the warmth of the motherland, but also had a lively lesson on modern history and patriotic education at the Chinese Embassy. The young players would engage fully during this visit to improve their overall quality, show the good images of the Chinese youth, pass on the positive energy of China, and promote the friendship and mutual learning between the youths of the two countries.
In May 2014, the China Soong Ching Ling Foundation and Jaguar Land Rover China jointly established the Chinese Youth Dream Fund to support the growth and development of teenagers and children. Since 2014, the Fund has organised dozens of youth football fans to conduct football exchange training in the UK every year. This delegation consisted of more than 30 young players from Shanghai, who will go on to the Tottenham Hotspur Football Club youth training base and UK Middle Schools to conduct training exchanges.
Posted by london communists at 4:46 pm No comments:

For peace in Korea!


Korean solidarity activists returned to the Marchmont Centre in central London last weekend to hear a Democratic Korean diplomat talk about the current situation on the Korean peninsula, at a joint meeting organised by the Korean Friendship Association (KFA) and the Friends of Korea committee.
Chaired by NCP leader Andy Brooks, a panel of speakers including Michael Chant of the RCPB (ML), Dermot Hudson from the KFA and Kim Song Gi from the London embassy of the Democratic People’s Republic of Korea  (DPRK) spoke about a renewed Korean crisis following the failure of US imperialism to follow up commitments made at the 2018 summit between the US and DPRK leaders in Singapore and the follow-up summit in Vietnam earlier in the year.
Following the historic developments for peace and reunification on the Korean peninsula that took place in 2018, which showed the genuine desire of the DPRK and the Korean people to consign the hostility of the USA and the DPRK to history, the USA is still refusing to fulfil its commitments following the principle of action for action. The promise of the summits between President Trump and Democratic Korean leader Kim Jong Un is therefore not being fulfilled.
At a time when the 29 NATO partners are meeting in London to attempt to revitalise this aggressive alliance, and President Trump himself will be in Britain facing the opposition of the British people, it is vitally important to support the right of the Korean people to self-determination, independence and peace. The meeting called on all Korean solidarity campaigners to strengthen the solidarity of the people’s movements in Britain with the DPRK.
Posted by london communists at 4:36 pm No comments:

RMT has also announced that it is balloting for strike action over plans to close ticket offices on the London Overground.
For the last two years the transport union has been campaigning against plans to axe Overground ticket offices. Although the initial plans were pushed back the union is now accusing both Arriva Rail London and Transport for London “of trying to smuggle through a closure programme by stealth”.
Specifically, on Monday the union announced it had received confirmation that revised ticket office hours (ie reduced to only between 7:30–10:30 am) will be implemented at Bruce Grove and South Action whilst temporary closures of two other stations, which were in place whilst the review was being conducted, will now be closed permanently. More closures are forecast if the present proposals are not defeated.
Overall the plans mean a cut in hours of over 65 per cent across the Overground, with some stations cut by 80 per cent.
RMT points out that stations will become less safe, secure and accessible, passengers will not be able to access all ticket types and services at a machine, elderly and disabled passengers, will struggle to purchase tickets and get advice, and the present round will make it easier for London Overground to close more ticket offices and reduce staffing even further in the future.
RMT General Secretary Mick Cash said: “The consultative process has been exposed as a sham and our members are not prepared to sit idly by when safety and accessibility are once again sacrificed for profit.
“The Mayor must step up and demand these ticket offices remain open and that TfL [Transport for London] is adequately funded to service all the people of London equally instead of employing measures that will discriminate against the disabled and vulnerable.”
On the River

Another group of London’s transport workers will also embark on a 24-strike the week before Christmas. They are 56 employees on the Woolwich Ferry (established 1308) who are employed by Briggs Marine Contractors Ltd to take an estimated 2.6 million passengers per year across the Thames.
This dispute is about getting the London Living Wage (£10.75 per hour) on basic pay, the imposition of changes to overtime and shift working, failure to adhere to the agreed job evaluation scheme, and a failure to deal with equality issues. Additionally, new ships introduced in January have had continual technical problems.
In June and July, 10 one-day strikes failed to resolve the issues and two years ago there was an acrimonious and long-running dispute with the same employer, which runs the service on behalf of Transport for London (TfL), over a bullying culture and health & safety issues.
Speaking on behalf of the workers, Unite regional officer Onay Kasab noted that: “It is understatement to say the management at Briggs Marine Contractors has a very poor record when it comes to employment relations over a number of years.
“Unfortunately, bad employment practice seems endemic within the management team as they continue to ignore previous agreements on job evaluation and equalities, and they ‘slice and dice’ the pay of an already low-paid workforce.”
The company claims that it is indeed paying the London Living Wage – but only by taking into account overtime and weekend working is it doing so, instead of only counting basic pay.
Kasab concluded by saying that: “Unite will not stand by and allow this horror show of employment practice to continue. It is high time that Transport for London reviewed its contract with this notorious employer.”
Posted by london communists at 10:06 pm No comments: